To season your pan, heat it until it’s smoking hot on the stovetop, then brush a little oil into it and set it aside to cool. Once you’ve completed this method a few times, you’re ready to go.

If you just bought a new cast iron skillet or pan and it is not pre-seasoned, don’t worry. Though, the most popular way to season a cast iron is using an oven and oil.

But there are other easy ways you can follow in order to season your cast iron skillet without an oven.

Suppose you don’t have an oven or you have a smaller one that is not able to contain the cast iron – in that case, you will need to find a different way to season your cast iron.

Seasoning a cast iron is so easy and you just need to follow some steps accordingly, that’s it.

There are some brands that provide pre-seasoned cast irons for their users. In your case, whether your cast iron is totally new or you just want to season your pan or skillet without an oven – you can do that definitely without very much confusion.

When we talk about seasoning a cast iron, some common questions come to our mind like what are the alternative ways to season a cast iron, how to take care of it, what am I doing wrong during the seasoning process, what foods to cook in a new cast iron that will help to improve the seasoning or just bought a new pre-seasoned cast iron and not sure if the seasoning is good.

Well, we have covered all the questions so that you can know everything in one place.

Let’s not waste your time anymore and dive into the process of how you can season your cast iron skillet without an oven.

Is it possible to season cast iron *without* using an oven?

Most of the seasoning requires using an oven, if that’s not an option for your right now – you can use a different method for seasoning.

By following some steps, you can definitely season a cast iron skillet without using an oven.

Besides Lodge company, there are a few companies that provide pre-seasoned cast iron pans or skillets for their users. Though the season is not that great – but no worries, you will only need a good seasoning layer on the bottom, cooking surface.

How do I season a cast iron skillet without using an oven?

Today will talk about two almost similar methods that you can follow in order to season your beloved cast iron pan.

We will use a stovetop and oil to season the cast iron. First things first, scrub the iron with a scrubber or brush and soap. Rinse and towel dry and put the cast iron on the stove. Now heat the iron as hot as hell. When the iron is cool enough to touch, rub with oil of your choice (like Crisco, flaxseed, peanut, vegetable, or canola), all over the top and bottom using a towel or paper towel.

Try using tongs so that you don’t burn your beautiful fingers. Use a thin layer of oil and let the oil smoke and dry. Another thin layer of oil. Repeat the process around 5 times or until the pan is seasoned to your liking.

First of all, you need to scour the cooking surface deeply. Now place the pan on the stovetop and add a film of oil to the bottom of the pan. To minimize the hot spot, move it around frequently and let it get to smoking. Now allow your cast iron to cool enough to touch. Wipe it out and add a bit more oil of your choice and smear it with a paper towel.

For now, ignore the handle and walls – and repeat the process 3 to 4 times. And when you’ve access to an oven, re-season the whole cast iron thoroughly if you want. For the best oil to use – flaxseed is often highly recommended.

A BBQ gas grill is a great alternative to an oven. You just heat up the grill first – then place the cookware inside upside down and the grill cover should be closed for sure.

But if you have a seasoned cast iron but want to add another layer to the cooking surface – then the stovetop element will do fine in that case. We have talked about this stovetop method in our first method, you remember.

You can use several types of oil like flaxseed, vegetable, and peanut. Most of the companies even preferred flaxseed oil, so you can go for it blindly.

Some users only use Crisco because it doesn’t make the pan sticky or leave a distinctive odor after seasoning.

A user had a conversation with Lodge folks at the Gourmet Products Show in San Francisco – they said that Lodge company uses Crisco too.

However, some users experienced sticky residue with vegetable oil, and lard or bacon grease leave odors – they recommended Crisco and they personally use it.

If you use grapeseed oil – then don’t forget to open the windows and turn on the fan because it will have a high smoke point.

Some users do not recommend using canola or olive oil too.

If you bought a pre-seasoned cast iron as Lodge company provides, and now you are not sure if the seasoning is good or not.

First thing first, it’s not a good idea to cook on a pre-seasoned cast iron right away after purchasing the thing.

Whether your newly bought cast iron pan is pre-seasoned or not – you should definitely clean it with soap and scrubber. Rinse it and towel dry the pan. And season it on your own in the oven or burner whatever you have access to.

Keep one thing in mind that proper seasoning comes over time, not in a day. Your iron will build a solid seasoning over time – so don’t worry about that. Use your iron as much as possible and clean it every time you use it with water. Avoid using soap as it will ruin the seasoning.

What am I doing wrong while seasoning my cast iron skillet?

There is a user who shared her experience that she was using canola oil and a convection oven at 450 F, and she kept the pan upside down for 1 hour in the oven. But she was getting spotty marks on her pan which are a bit sticky. She has repeated the process twice but has no good result but spotty marks. And now she is hesitating to continue her seasoning.

What was the problem???

She has used a lot of oil while seasoning. “A thin coat” really means “thin”. She should be using a small amount of oil to wipe it all off, leaving nothing but the shine.

To avoid such problems, one should clean the cast iron pan with soap and scrubber. Rinse it and towel dry the iron. Put the cast iron in the oven to make the iron hot as hell at 450 F. Now bring the cast iron outside when it is cool enough to touch.

Take a towel or three layers of paper towel and oil of your choice all over the top and the bottom. You can use oil like Crisco, flaxseed, peanut, vegetable, or canola.

Don’t forget to use tongs as they will save your finger from burning. Use a thin layer of oil and let the oil smoke and dry. Another thin layer of oil. Repeat the process 4 to 5 times or until the pan is seasoned to your liking.

What foods to cook in a new cast iron skillet will help improve the seasoning?

What you are actually cooking in it is more important rather than cleaning, drying, and re-oiling your cast iron every time you use it.

Any frying or searing will help to improve seasoning. Anything that will heat the oil is fine. To name some of the recipes, frying chicken, searing steak, meat, and not scrambled eggs and more. But don’t use fish and acidic foods like tomatoes.

Tip: there is another thing that will help you more in improving the seasoning than cooking – which is proper handling and storage.

Now you know several ways on how to season a cast iron skillet without an oven. All three methods are effective and easy to follow as well.

With the first method, be careful to leave a very light coating of oil (whatever oil you are using) during every application, you surely will have great success. Think like you are painting with oil in many thin coats rather than one thick coat. While curing, the oil polymerized into a varnish-like finish. 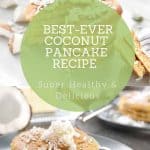 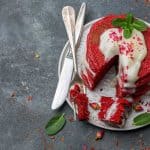 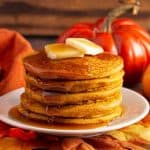 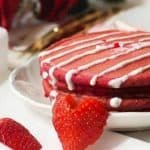 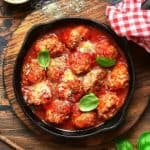 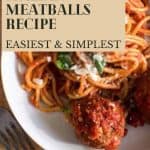 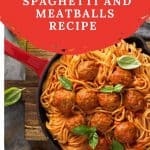 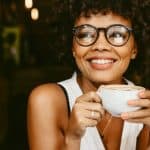 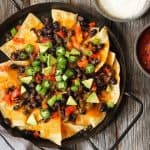 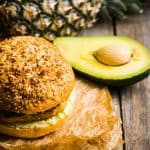 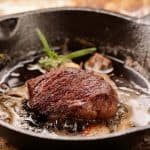 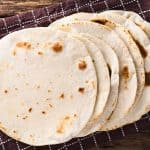